Home » Forex Arbitrage: How Does the Process Work?
Finance

Forex Arbitrage: How Does the Process Work? 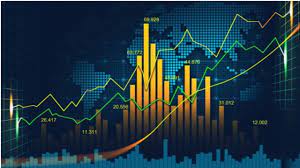 The term “forex arbitrage” describes the practice of making money on the foreign exchange market by taking advantage of price differences. Currency arbitrage, in its various forms, is the simultaneous purchase and sale of two different foreign currencies whose relative values are currently different but are very likely to become more aligned soon. According to the idea, the arbitrage becomes more profitable and may be closed, sometimes within milliseconds, as prices revert to their mean. This may happen very quickly. Visit multibankfx.com

The goal of the approach to trading Forex, known as arbitrage, is to earn profits by relying on the predisposition of the market to exploit relatively tiny price discrepancies. Arbitrage participants contribute to the overall efficiency of the market in which they engage. The presence of exceptional market circumstances is key to the success of all arbitrage approaches.

Even in the age of computerized algorithmic forex trading, the decentralized structure of the Forex markets means that there may be periods when the same currency is quoted at a different rate in two separate markets. A skilled arbitrager could make a profit on the disparity between the two prices by acquiring items at the lower price and reselling them at the higher price.

Assume that the EURJPY currency pair is quoted at 122.500 by a London bank but at 122.540 by a Tokyo bank in the same instant. A trader who has access to both quotations can potentially turn a profit by buying at the London price and selling at the Tokyo price. If both prices reached 122.550 at the same moment, the trader would exit both positions. Once the trader deducted the cost of the withdrawal, they would have made a profit of 4 pips. This is since while the London position would gain 5 pips, the Tokyo position would lose 1 pip.

You might think that the modest payout isn’t worth the effort in the foreign currency market, but there are many last-minute opportunities for arbitrage. There was a clear need for specialized businesses to invest in the study, design, and implementation of automated systems that could track and capitalize on pricing discrepancies in several marketplaces daily. As a result, the FX stock markets have become almost entirely electronic and automated.

Forex arbitrage contracts have become shorter in duration because of automated algorithmic trading. In the past, reaching a price equilibrium could take several minutes. Now, it could happen in a couple of milliseconds. Arbitrage strategies have boosted Forex market efficiency. However, arbitrage opportunities persist if the market is volatile and price quotes are inaccurate or out of date.

Foreign Exchange Arbitrage in Its Variants

Instead of making money off changes in the exchange rates of individual currencies, currency arbitrage takes advantage of differences in the quoted prices of the same currency pair.

The exchange of two currencies that are not the U.S. dollar is called a “cross-currency transaction” in the world of international exchange. When figuring out how one currency compares to another, the Japanese yen is usually factored in. The purpose of arbitrage is to earn a profit from the spread between the cross rates of two currencies.

Examples of covered interest rate arbitrage include investing in forex with a higher return by taking advantage of favourable interest rate differentials and then hedging the risk of exchange by using a forward currency contract.

Note that technological progress means price gaps don’t tend to last long, allowing for straightforward arbitrage. Due to the volatility of pricing, executing an arbitrage strategy is not without its risks.

Buying and selling two or more currencies at the same time to remove all risk from a transaction is the classic definition of currency arbitrage. Due to the increased use of algorithmic trading, arbitrage is no longer common and no longer without danger.

Currency arbitrage is a strategy in foreign exchange trading that takes advantage of the fact that the same basket of currencies is being offered at different rates in different markets to produce profits despite unfavourable market conditions.

It’s probable that there are situations in which arbitration would be extremely challenging to implement. It is more difficult to execute trades and finally liquidate a position when the currency market has a discount or premium that is neither a pricing anomaly nor an arbitrage opportunity. To be successful, arbitrage requires instantaneous order execution and access to the trading platform.

Real-time management systems are required for command and control in time-sensitive and complex trading computations. As a result of this requirement, automated forex trading software is now commonly utilized to monitor the markets for price disparities that can be exploited for forex arbitrage.

Forex arbitrage requires access to nearly risk-free rates of lending and borrowing, which are typically only available to the largest financial institutions in the world. When the cost of capital is high, it might be difficult for traders at smaller banks and brokerages to operate. Spreads, trading, and margin cost overhead are additional sources of risk.

Profits can be made, or at least anticipated, by traders who purchase equities at low prices and sell them at higher prices. What’s worse is that this is also how they intend to make money. The fundamental principle of Forex trading remains the same. To take advantage of the difference in exchange rates, however, buyers and sellers might work together in a currency arbitrage.

6 Most Common Workout Mistakes to Avoid

The Hidden Agenda Of The Crypto Learning

Importance Of Credit Score And Boosting It By...

What People Should Track Before Hiring A Reliable...

How to Use an Online Personal Loan?

A Comprehensive Guide About Processing Fees For Home...

Why is accounts Receivable Management Important?

Astonishing facts on why your business would need a competitor
by Uneeb Khan March 23, 2022
Things You Need To Know before Shipping
by Uneeb Khan October 19, 2022
How to Shoot With Expired Film for Great Results?
by Uneeb Khan November 16, 2022