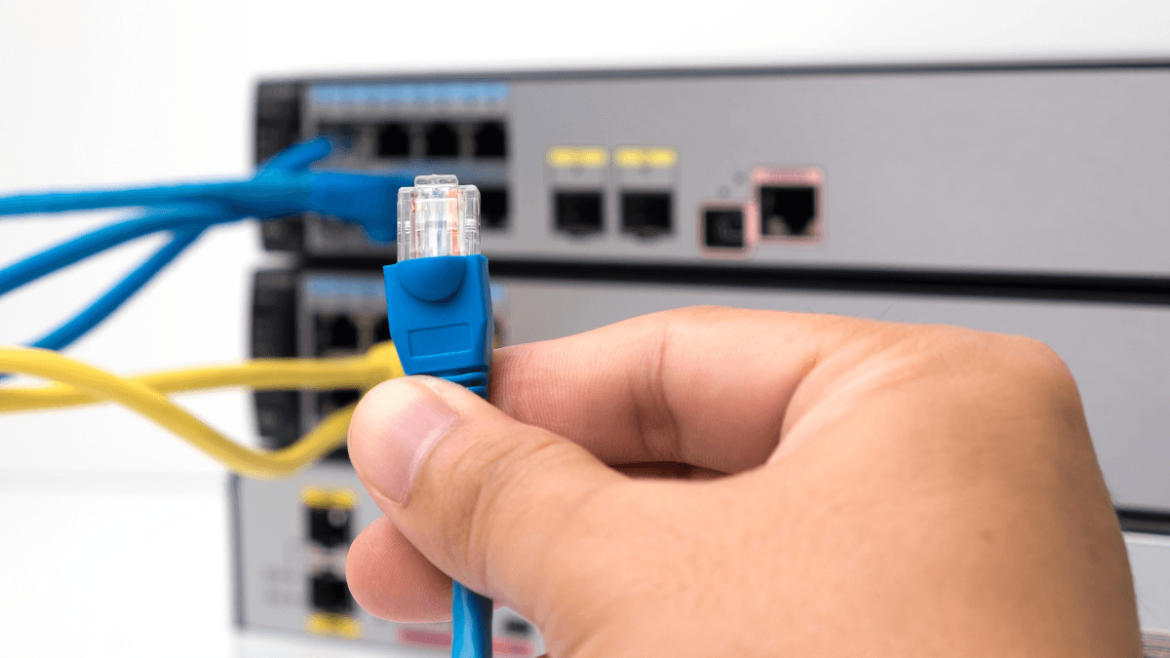 Cat6a ethernet cable is one of the best on the market. It offers up to 10-gigabit data transfer speed with a 750 MHz bandwidth capacity. It comes in two main variants. The Cat6a riser and the plenum. If you are looking to buy this cable, you need to know about its variants. You also need to know which one to use because not using the best cable will have major effects on the performance of the cable. For example, if you use the riser in plenum spaces, it is a safety hazard. And if using the plenum cable in the riser spaces, it will cost too much.

This blog explores the importance of using the best Cat6a ethernet cable. By the end of it, you will learn how you can increase the functionality of your network. You will also learn why it is absolutely necessary to use the right cable for the right application and how failing to do so may be a fire hazard.

The augmented category 6 ethernet cable is an improved version of the regular category 6 ethernet cables. It is produced using only the most premium materials. You will not find any Cat6a cable that has its conductors made from CCA (copper-clad aluminum). All Cat6a cables feature 23 AWG conductors. Eight conductors in total are twisted into four pairs. The twisted conductor pairs ensure the resistance of the cable against crosstalk and external noise.

Cat6a plenum is identified by its thick plenum jacket. You must learn about this variant of cable. Because it is used just as commonly as the riser cable Cat6a.

So its thick plenum jacket is made from LSZH (Low Smoke Zero Halogen) materials which are highly resistant to heat and humidity. It is designed to be used in indoor settings as well as outdoors. If you are using the cable indoors, be sure to run it in horizontal spaces. Also, in indoor runs, the Cat6a plenum cable is to be installed in HVAC (heating, ventilation, and air conditioning) ducts.

The importance of using the Cat6a plenum cable in horizontal air ducts below raised floors and above dropped ceilings is that in case of a fire outbreak, the cable jacket will not emit toxic smoke. Nor will it catch a flame. This cable is important to make your network safe.

The Cat6a riser cable, as the name implies, comes with a riser jacket. This jacket is designed to be highly resistant to heat but in case of a fire outbreak, it can emit toxic smoke. The cable is overall designed to be used ideally in vertically rising spaces such as the space between floors, elevator shafts, and within walls.

Riser Cable Cat6a is used more commonly than its plenum counterpart. The reason being its affordability and high performance. It is pertinent to mention here that the Cat 6a riser cable is also used outdoors. Although it can emit toxic smoke in a fire outbreak, the cable is safe for use in outdoor spaces.

Why Use the Best Cat6a Cable?

There are plenty of reasons to use the best Cat6a cable. The foremost is high-performance. If you somehow get the wrong cable for a certain use, you will not be able to get the most out of it. It is not safe either. You always run safety risks by not using the best cable.

In addition to that, not using the right Cat6a ethernet cable is not cost-effective in a positive manner. You will be either spending too much or too little (yes, you can spend too little on ethernet cables). And another important reason you need to use the right cable is that it will be easier to install it as opposed to installing a different one.

Using the best Cat6a cable means that you will be able to get the most out of it. The right cable will perform at its optimum performance in the right application. For example, if you use a UTP Cat6a cable in an indoor run, it will indisputably deliver its best performance. But if you use the same cable in an outdoor setting, you will have problems with crosstalk and external noise. And for that outdoor setting, you will need to use a shielded cable. This is how high-performance can be achieved by using the right ethernet cable.

Another important reason to use the right Cat6a cable is that it is safe. By using the right cable, you can be sure that it is designed for the challenges of a certain environment and that it will withstand it.

Tip: Never use riser cable Cat6a in indoor air ducts. It is unsafe and building inspectors do not approve of it.

By using the best cable, you make sure that you are not spending too much or too little on the Cat6a cable that you need. This cable is produced in plenty of different types. All of them come at different prices and choosing the right one for the right application will not only ensure a cost-effective deal but also ensure that you get what you need.

Lastly, using the best cable makes it easier to install. For instance, using a solid Cat6a cable indoors will make it quite tricky to install the cable. But when you use the one that is designed for that kind of setting, the installation will become a hassle-free task.

In short, using the best Cat6a cable is important for a cost-effective, safe, high-performing, and easy-to-install solution. We hope this blog was of help to you.

How To Keep Warehouse Staff Motivated?

How Much Money Can Book Authors Make?

How Do Professionals Create a Unique Logo?

The Science of CG Cosmetics

Blockchain Technology and Transformation of Industry