Home » Infrastructure as Code (IaC) vs. Workflow as Code
Tech

Infrastructure as Code (IaC) vs. Workflow as Code 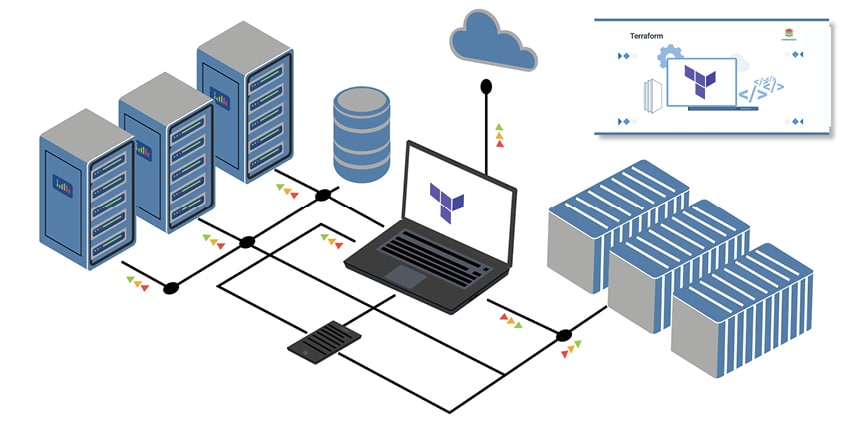 From a business perspective, we frequently use the terms infrastructure as code (IaC) and Workflow as Code (WaC). Let’s learn more about these concepts, their prerequisites, tools, and applications in the business world.

We frequently use the word workflow in the business world without realizing its true depth. Workflow is an umbrella term accommodating different concepts and processes. It refers to the sequence of functions that pass from the ideation stage to completion. However, we have limited the meaning and application of Workflow to specific jobs and tasks in the business world. We take it on general terms, referring to steps performed in a particular order to achieve some input.

DevOps gives us insight into the development and operations workflow. A pivotal point in DevOps is the infrastructure as code (IaC). In simple terms, it means that the organizations treat infrastructure the same way they treat application code. Similarly, you check it through version control, write its tests, and ensure that it doesn’t divert across multiple environments and avenues.

The biggest benefit of treating infrastructure as code is the prevention of problems related to unforeseen code changes and configuration deflection between different departments. It also keeps standardized deployment according to your needs. With the correct implementation of IaC, you can quit worrying about weird differences with the manual deployment processes.

Interestingly for IaC, you do not necessarily use multiple programming languages, such as Python or even Go. Like every framework, this too has some tool-specific languages but don’t worry much about them. Those tool-specific languages are easy to understand, comprehensive, and easily documented. The unique thing about infrastructure as code is the way a developer or user handles the systems.

Moreover, it doesn’t require logging into a server or manual changes for any workflow as code. It uses a development approach mainly. It enables everyone to understand the system instead of one individual who is good at manual work. Everyone can update and deploy changes in the infrastructure. Besides, your changes will be preserved similarly to the code and persist when you check it through version control.

In simple words, infrastructure as code is a beneficial thing. It helps with version departments, processes, and workflows. It also keeps a reliable and robust version of the app in production while adding more value to it with automation.

A developer, user, or engineer initially treats and looks at IaC with the notion of an artifact. They make it into an artifact that is usually a deployable piece or element developed through the build process. To demonstrate this with an example, take an app built in React. Everyone knows how the npm command can create a build directory from scratch or at the project’s root. Additionally, all the content of the directory is deployed to the server.

When we talk about IaC, artifact refers to stuff such as Docker images or VM images. But you should be well-aware of the artifacts that come from your infrastructure code because not only will these be versioned but also tested. It will be similar to your React app. The most prominent examples of infrastructure artifacts are OS, packages, RPM, etc.

Repeated tests are an integral part of IaC since they are time-saving and save you from the trouble of debugging time for silent errors. Moreover, automation allows monitoring and fixing any problem related to infrastructure deployment. It also allows you to get the app updates to production in a good and consistent manner.

There are a number of tools available for any infrastructure that you want to build and perfect. You can have a complex or simple infrastructure depending upon the organizational needs. But with complexity, you will need more compliance with the basic rules and principles of IaC.

The Benefits of Owning NFT Monkeys for Collectors