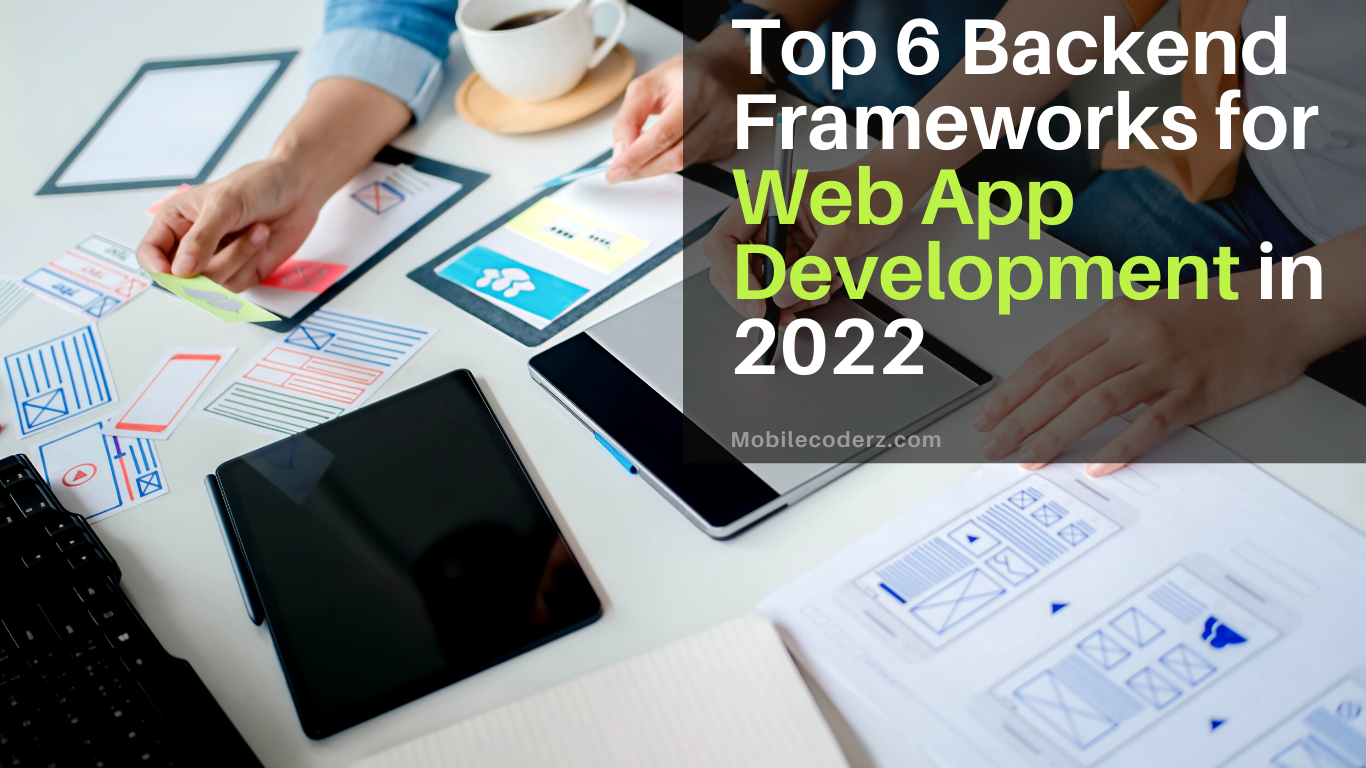 If you are a web developer, you know that backend frameworks are an important part of your toolkit. They help to build high end web apps quickly and easily. But with multiple options available, selecting the best one is a tough task? What are the top 6 backend web app development frameworks in 2022? This is a question that has been on many developers’ minds lately, as they try to stay ahead of the curve and select the right technology stack for their next project. In this post, we’ll look at some of the most popular options and discuss why each one is worth considering. So let’s get started!

As web and mobile app development services & technologies continue to evolve, so do the frameworks that developers use to build these applications. While there are many different backend frameworks available, only a few of them stand out as being particularly well-suited for web app development. All these make it really popular, so you can easily hire a few developers for your next project: https://doit.software/blog/hire-ruby-on-rails-developers.

It’s an open-source and free PHP web framework. It works on the model–view–controller pattern and is focused on web applications development following the RAD paradigm. Some of its features include multiple ways to access relational databases, modular packaging system along with a dependency manager, utilities to help aid in app deployment as well as maintenance, and more.

Known as simply Rails, it’s a web app framework under the MIT License written in Ruby. It facilitates and encourages the use of web standards like  CSS, HTML, XML, & JavaScript for UI. Besides MVC, Rails also focuses on using other popular software engineering paradigms and patterns, including CoC (convention over configuration), DRY (don’t repeat yourself), & “Active record pattern”.

It’s an open-source and free web framework. A web app framework comprises a toolkit having all components required for app development. Django’s major goal is to simplify the creation of complicated database-driven websites. This framework focuses on rapid development, “pluggability” and reusability of components, and doesn’t repeat the principle. Python is throughout used even for data models and settings files. It also offers an alternative administrative create, update, read and delete interface dynamically generated through introspection & configured through admin models.

A Node.js framework for building web applications, Express.js, or simply Express, is free & open-source software released under the MIT license. This framework creates web applications and APIs. It has been described as the de facto Node.js server framework.

Spring Boot is an open source Java-powered Web application framework that facilitates the process of bootstrapping and developing fresh Spring applications. It was developed by the Pivotal Team. The first version of Spring Boot was released on April 14, 2014. Spring Boot allows you to develop stand-alone production-quality Spring applications which you are able to “just start”. We provide an opinionated overview about the Spring Platform as well as third-party libraries to help you begin with the least amount of effort. The majority of Spring Boot applications require minimal Spring configuration.

For a better outlook, you can look to seek help from a top Web and Mobile App Development Company in Dubai, India, USA, etc.

As the web evolves, so do the backend frameworks that power it. Newer frameworks are constantly popping up with their unique benefits & drawbacks. So, what is the future of  backend web development?

There are a few key trends that seem to be shaping the future of backend frameworks. First, there is a move towards more lightweight and modular frameworks. This is in part due to the rise of microservices, which require a more flexible approach to application development.

Secondly, there is an increasing focus on performance. This is due to the need for the faster loading websites and applications that can handle large amounts of traffic. As such, many newer frameworks are designed with performance kept in mind.

Finally, there is a trend towards using newer programming languages for backend development. This is in part due to the rise of language-specific frameworks such as Node.js. However, it is also due to the fact that many newer languages are simply better suited for web development than older ones.

In short, it means that we can expect to see more lightweight and modular frameworks that are designed for performance and that use newer programming languages. This will result in faster and more scalable applications.

In the next five years, we can expect to see more advancements in backend web frameworks. While there are many options available, the top six frameworks that will be widely used in 2022 are mentioned above. Each of these frameworks has its own pros & cons for different types of applications. If you’re starting a new project or need to update an existing one, it’s important to choose the right framework for the job.

Josephine is an expert app developer at MobileCoderz, the top Mobile App Development Services Company. With 9 years of professional expertise, she has worked with renowned startups and big enterprises. Keeping the professionalism aside, she loves to do solo traveling and writes movie scripts as a part-time hobby.
Also Read: The Importance of Life Insurance for People With Startup Business