Home » What Is a Mechanical Keyboard?
Business

What Is a Mechanical Keyboard? 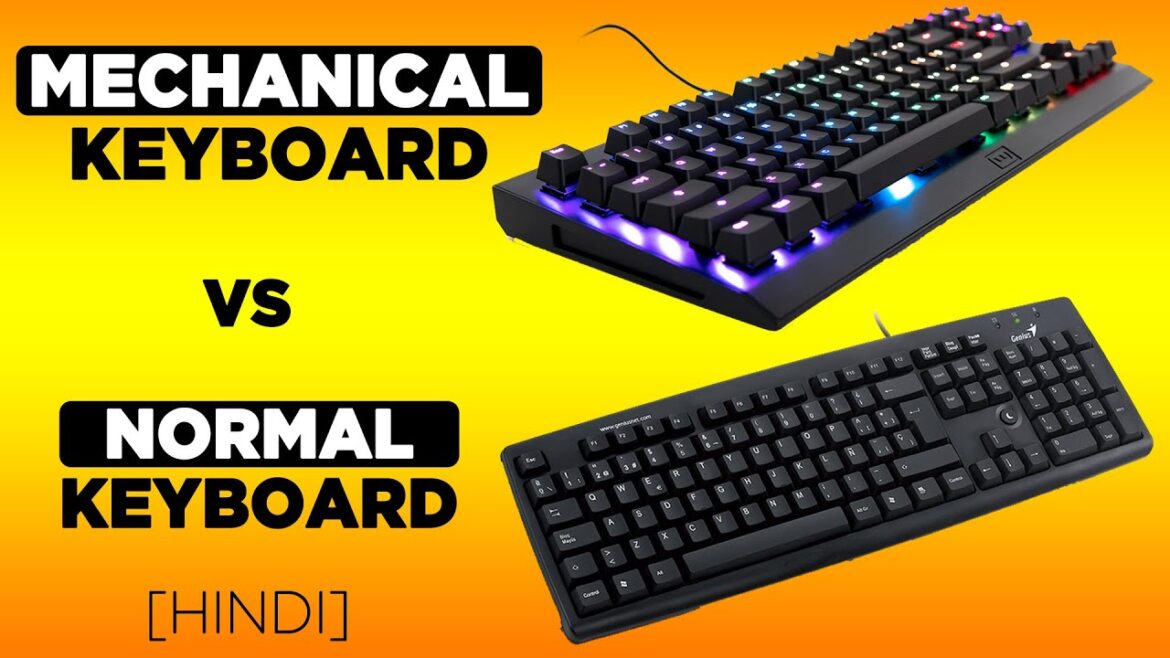 We need a keyboard to interact with our computers until technology develops to the point where thoughts or spoken words are accurately recognized in a computer system. Keyboards come in a wide variety of styles and brands, but not all of them are the same. However, the mechanical keyboard takes the cake for both quality and adaptability.

The term “mechanical keyboard” refers to a computer keyboard that uses a spring-equipped switch under each key. Key presses can be audibly felt because to the design. A mechanical keyboard is therefore perfect for making exact keystrokes.

Mechanical keyboards are preferred by many authors, programmers, and typists because of their accuracy and anti-ghosting features (i.e., the non-registration of one or more keystrokes when several keys are pressed at the same time). The accuracy and responsiveness of mechanical keyboards, which are crucial while playing competitively, is another reason why devoted gamers favour them.

Most mechanical keyboard brands use mechanical keys made by Razer, a Singaporean-American technology company, and Cherry GmbH, a major German maker of peripheral devices.

The Distinction Between a Mechanical Keyboard and a Regular Keyboard

A mechanical keyboard is identical to a typical membrane keyboard in terms of fundamental operation and purpose. On your computer, depressing a key registers a character or an action. Both are arranged in the well-known QWERTY pattern. The variation is due to the components and design.

Each key on a mechanical keyboard has its own entire system of moving elements, including switches under the keycaps. Two metal contacts underneath a key make touch with one another each time it is pressed. When two pieces of metal come in contact, a very small electric current travels from the metal to the electronics of your keyboard and then to your computer as a signal. Depending on the software or programme you’re using, your computer’s processor decodes the signal and displays it as a screen or action on your monitor.

The same idea underlies a standard keyboard, sometimes known as a full-travel membrane keyboard. Instead of spring-loaded switches, the keyboard is built entirely of a springy membrane that extends out over the full surface. A similar plunger is pressed down on the membrane when you depress a key. Metal contacts that are strategically positioned directly under each key on the membrane make contact with an electrical switch matrix. Similar to mechanical keyboards, your computer receives a signal when the metal tips come into contact.

Mechanical keyboards operate according to the same basic idea as described above, regardless of brand. There are three primary categories of keyboard, though. The type of keys each type has in place determines it.

Linear switches offer silent, feedback-free keystrokes. Your fingers can press the keys quickly, easily, and smoothly as a result. Because they are comfortable and offer a quick response time, linear switches are preferred by quick typists and competitive gamers. Finally, choose keyboards with linear key switches if you want quiet mechanical keyboards.

Switches that are tactile give off a nice bump. This validates the successful pressing and registration of a mechanical key without the need to press the key all the way down. Tactile keyboards are great for fast-touch typists and are user-friendly for beginners.

Mechanical keyboards are quieter than clicky keyboards. They are enjoyable and gratifying, though. Every time a key makes contact with the actuation point during a keystroke, a pleasing clicking sound is produced. A clicky switch will also give you a “bump” to let you know when a keystroke has been correctly logged.

Components of a keyboard

A mechanical keyboard has a few major components that make up each individual key.

The stem lowers the spring each time a key is depressed, allowing the two metal contact points to connect and detect the keypress. The spring employs kinetic pressure to raise the key back to its initial position when you release the lock.

There may be additional components, like a clickbar or tactile leaf, depending on the manufacturer or model.

The layout of typical mechanical keyboards includes a numeric keypad, function keys, cursor direction keys, 9 special keys, and a main keypad for typing. There are extra media keys on some models. Finally, tiny ones might just contain the primary keypad for typing, with some of the keys serving various purposes.

You can find more information and features in the keyboard’s product description if that’s what you’re looking for. View the top wireless mechanical keyboards, most ergonomic keyboards, most feature-rich products, and more.

Both positive and negative aspects

They last a lot longer than the majority of keyboard styles. Depending on the key, each one can withstand 30 to 100 million keystrokes. Standard membrane keyboard keys can withstand just roughly 5 million key strokes.

Mechanical switches rarely wear out because of how they are made. Even after several years, typing on your keyboard feels like it is spanking new.

Key switches that are mechanical respond extraordinarily quickly. Each keystroke is thus carefully recorded. A common mechanical keyboard function is anti-ghosting, which ensures that all keystrokes are recorded even when multiple keys are simultaneously pushed.

The keyboard itself is substantial and weighty. Compared to lighter membrane keyboards, it is more stable and lasts longer.

Many mechanical keyboards can be programmed, either via an app or as an integrated feature. As a result, you can assign specific keys to specific actions or sequences.

The keyboard can be easily maintained because the keycaps are replaceable. Damaged keycaps can be replaced as well. To personalise their keyboards, some users even 3D-print their own keycap designs.

Media keys and programmable sequence keys are features found on some mechanical keyboards, which let you operate many computer functions directly from your keyboard. There’s no need to mouse-point and click.

However, not everything for mechanical keyboards is rosy. Here are a few of its drawbacks.

Even those marketed as silent mechanical keyboards are frequently noisier than the majority of keyboards. Rubber O-rings can be put around the keys to help ease this, however doing so can compromise the responsiveness and depth of the keystroke.

Mechanical keyboards weigh more than standard keyboards. Therefore, bringing yours anywhere, like to a game conference, can be a little inconvenient.

Keyboards with mechanical switches cost more than those without. However, with all the benefits and functions they provide, purchasing one is completely worthwhile.

Importance Of Credit Score And Boosting It By Credit Repair Services

How to Get Your Blog on the Front Page of Google

What You Should Know If You Want To Create A Printed Cannabis Box
by Uneeb Khan January 19, 2023
Best horse ride in Jamaica?
by Uneeb Khan September 28, 2022
How does Alko 1 Tablet work and what is the appropriate dosage?
by Uneeb Khan October 31, 2022