Home » What is uTorrent and how do you use it?
Tech

What is uTorrent and how do you use it? 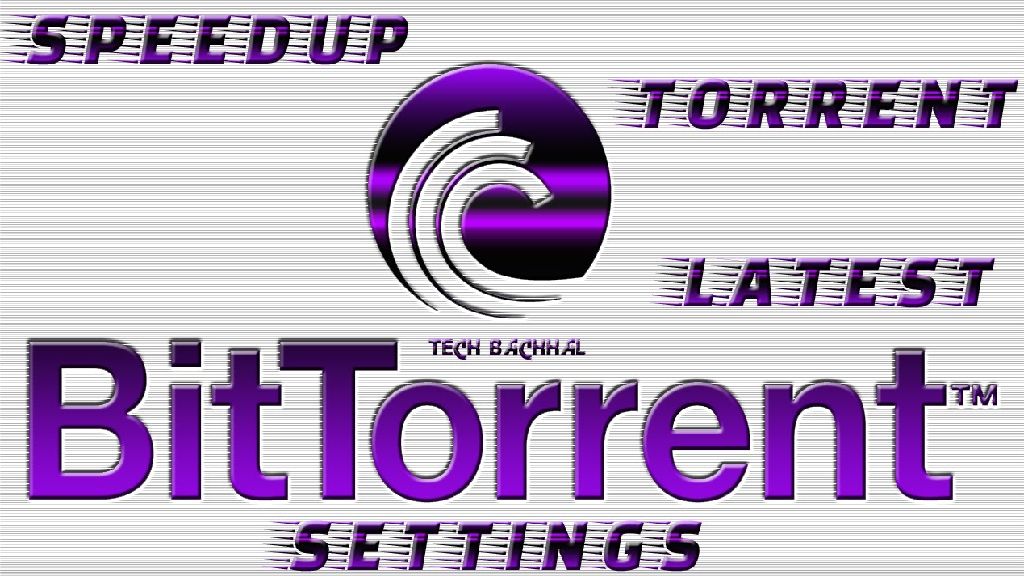 Torrent is a file format that stores information on shared content in the BitTorrent protocol, surely the most popular today among the point-to-point (P2P) exchange systems available on the Internet and especially intended for distributing large files, as an alternative -very useful- to the server-based distribution system.

Although it is also used in other applications such as VoIP communications, the distribution of large files is its main objective. For this reason and like the rest of the file-sharing systems from Napster, eDonkey to eMule, it has become synonymous with piracy by part of the industry and by copyright managers, although its usefulness for content distribution is evident.

Its use is as legal as any other application, but sharing copyrighted files on your networks is just as illegal and penalized by law as doing it by other means. Some internet service providers have often blocked and restricted the use of P2P services on their networks. It is just as illegal and reprehensible as sharing pirated files. Do not consent, report it or change providers. Some copyright organizations have contracted with third-party companies to spread false, incomplete material and even malware to disrupt their operation. Watch out.

Today we approach with a informatics ims the basic fundamentals of a protocol that moves many, many bits on the Internet and has significant advantages to the distribution of files based on servers.

What is a torrent?

It is a type of file with a .torrent extension that stores the data necessary for a BitTorrent application to share the content. Its size is very small (between 10 and 200 KB) because it does not include the content itself but rather information about its files and folders, including the location of the different “pieces” of the destination file into which it will be divided, first in pieces and then into blocks.

Other essential information contained in a torrent file is encrypted hash values ​​that are used to verify each chunk of the target file. They also include the URLs of many trackers (tracers) and other additional metadata defined by BitTorrent.

How does a torrent work?

The BitTorrent network is often described as a swarm of bees because it works in a similar way. Thus, instead of downloading a file from a single server, the protocol allows joining a swarm (swarm) where thousands of users simultaneously download and upload pieces of a file until its content is complete.

At the user level, its operation is very simple. Let’s take as an example a provider like Canonical that intends to distribute one of its GNU/Linux distributions via BitTorrent. The company creates a .torrent file and advertises it on its website, via email, or otherwise. The user downloads the file and runs it in a BitTorrent application that will manage, download and share it among multiple users until they complete the download of an Ubuntu. ISO image on their computers.

Under this system, Canonical saves a large amount of infrastructure on dedicated servers for direct download avoiding collapses. In a very short time, the Ubuntu image (let’s remember “chopped” in BitTorrent) will have spread enough among thousands of users and they will be the ones who will contribute to its distribution at the same time as they download it. If users are “honest” enough (as we will see later) the download speed of a massive torrent file will not envy that obtained by a direct download.

They are the applications that allow interpreting the data of the .torrent files, connecting them with the users, managing the upload and download speeds, carrying out multiple downloads, and finally, checking and mounting the files and folders once the pieces of the same have been downloaded. has been completed.

Its basic operation is similar in all of them, although they vary in their interface and in some additional options. The market has a good offer for all major operating systems, including free and/or open-source clients. We recently reviewed the best ones, such as Deluge,   qBittorrent,   Transmission-Qt Win,  Vuze  (former Azureus), BitComet,  Tixati, or uTorrent. For a user, it’s just a matter of downloading the client and installing it on their computer, although they should be careful when choosing because some include adware.

It is also necessary to carry out a good review of the application configuration. As in any P2P file-sharing network, it is a moral and practical obligation to be as “generous” as possible in the upload capacity that we offer to other users. The ideal would be to approach a 1:1 relationship in terms of download/upload, but it is almost impossible because most users do not have symmetric Internet access services. As a general rule, set the upload capacity to the maximum that your connection allows without penalizing the operation of your equipment or others connected to the network. And continue to share the most requested files even if you have downloaded them to contribute to its distribution.

There are several terms that a user approaching this file-sharing system should be aware of. Some of them we have mentioned before and they are:

swarm. It includes all the structures and users of the network, with a design and operation similar to a swarm of bees and hence its name.

Tracker. (Tracker). A special server that identifies the swarm and helps the client to share the parts of a file with other computers and users.

peers. (Points). All users who are currently connected to the network.

Seeds or Seeders. (Seeds). Refers to users who own the complete file. Essential for effective distribution.

Leechers. (Leeches). They are the users who are downloading parts of a file and do not have it complete yet. It is also used to name the “suckers”, those who once manage to complete the file do not share it.

They are the websites that advertise Torrent files. They always post links to them but not their content. They can include (or not) search engines for their location since clients (applications) do not usually include it and some also work as a tracker.

Torrent sites have been criminalized and legally persecuted since their inception accused of being the source of piracy, for example, The Pirate Bay and many others. Certainly, all these sites offer a multitude of pirated files but their “illegality” is not clear as they only include links, in the same way, that Google or other search engines do. Furthermore, the original torrents are neither created nor shared by these sites, nor do they first appear on them because the content is already widely distributed on other private channels by the time it reaches the BitTorrent network.

I coordinate the editorial content of mp3mac & intuition ltd UK. I collaborate in professional media of TPNET: MCPRO, MuySeguridad, MuyCanal and Professional Mobility.

Why is a healthy diet important for recovery?

What If We Use Used Engine Oil To Rust Proof The Frame Of A Car?
by Uneeb Khan August 27, 2022
A Manual for Vendor Evaluation Interaction to Installed New Sellers
by Uneeb Khan December 14, 2022
How to Find Good Furniture Consignment Hanover Store
by Uneeb Khan November 29, 2022