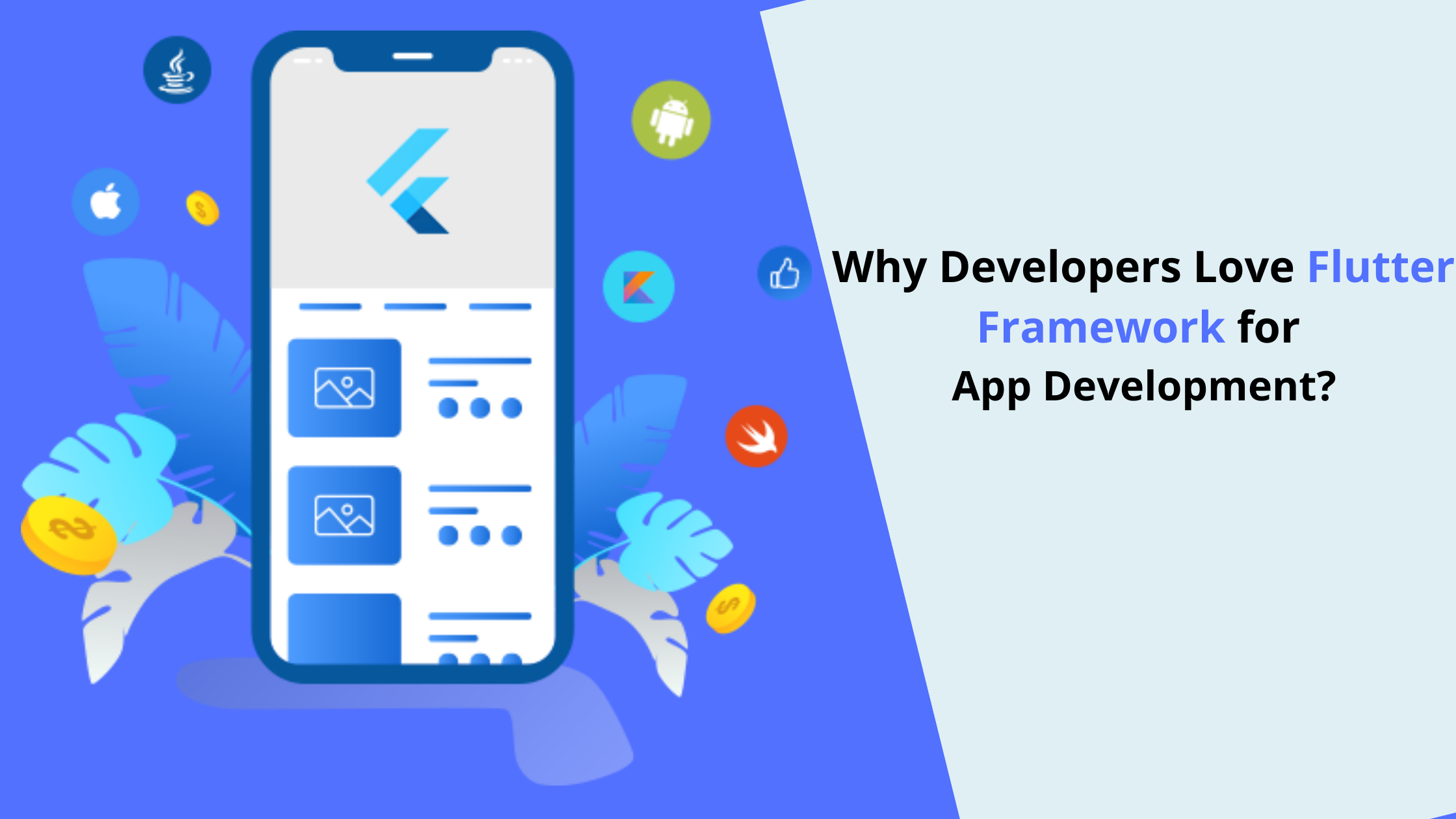 Nowadays, many apps need to run on multiple platforms like iOS, Android, and the Web. That is why Google made Flutter. But when you compare different hybrid app development frameworks such as React Native, Flutter, Ionic, Xamarin, etc., you will come to know why Flutter suits you the best for your upcoming project.

Flutter is a cross-platform app development framework. It uses a single codebase to build apps for multiple platforms with the Dart programming language. It enables the apps to perform almost similarly on each OS and have identical efficiency to the native solutions. Additionally, apps developed with Flutter are really Native.

Flutter helps to build beautiful native apps from a single codebase without compromising on quality, speed, and performance.

Let’s have a look at how this is feasible.

Flutter renders your app itself instead of letting the platform do the same. It means your application is super speedy and responsive and can run on any platform you would like. There is no need for any bridge as an intermediary between your app and the platform.

Flutter requires a canvas only to render the widgets so that they can come out on the device screen and access events like finger taps and to services, like the camera, GPS, contacts, battery, etc.

As per Google trends, Flutter is the second highest used framework in 2020 after React Native to develop hybrid apps.

What is at the core of Flutter?

Here are some basics about the Flutter framework you should know.

Dart is an object-oriented, open-source, and cross-platform programming language created and backed by Google, introduced in 2011. Its robust abilities made it one of the mainstream tools to develop hybrid apps. Applications developed through the Flutter framework are written in Dart language. This language serves multiple options to the developers to compile the app in AOT and JIT.

AOT stands for ahead-of-time. Developers can use it when they have finished the development process and the product is all set to go to the market. It aids with rapid startup and improved app execution.

JIT stands for just-in-time. Developers can use it when they want to compile in between the development process to enable the Hot Reload feature.

Why Does Everyone Pick Flutter?

Flutter is a relatively new technology compared to other hybrid frameworks, but it has already shown its worth. The reasons are mentioned below.

If you want to hire a Flutter app development company for your upcoming project, it is vital to know that Flutter is an open-source language. Developers can easily transform your unique app idea into a future-ready solution.

Developers have an extensive range of choices of built-in material design (For Android), motion APIs and Cupertino widgets (for iOS), smooth scrolling, etc. They can dig into innumerable designs while developing an app with open-source Flutter language.

The hot reload feature of Flutter makes it unique among others. Developers can rapidly and easily experiment, develop an easy-to-use UI, include key features, and debug apps in real-time with a hot reload feature as it illustrates the changes immediately.

App developers can accomplish the project within a time frame as hot reload reflects updates even in the ongoing development phase by enabling continued code execution.

Flutter consists of all the amazing widgets that ensure native app performance. The core idea of the Flutter is coming from widgets. Developers can develop an intuitive UI by incorporating various widgets with the client’s business model.

The Flutter has a broad catalog of rich widgets for structural and stylistic elements. Developers can also develop customized widgets and make sure the native performance of the app. Not only in the design, but widgets play a significant role in the functionality also such as slick scrolling and navigation.

When you are looking for a cross-platform app development agency to develop Android and iOS apps, it is worth opting for Flutter. Flutter is not based on Javascript that is used to build only native apps. Instead, developers can write a single code and run it on multiple platforms.

Moreover, hybrid apps work similarly to native apps and deliver a native-like experience in the context of features, UI/UX, and functionalities.

With the Flutter framework, developers can leverage the best out of Google’s firebase support as a back-end to build robust and scalable apps.

All Flutter-firebase apps (iOS and Android) need the firebase_core plugin for Flutter. For the firebase products that you need in your app, you have to add the FlutterFire plugins.

Benefits of Flutter for the App Developers

Benefits of Flutter for the Startups & SMEs

Flutter allows you to achieve complete control on the overall rendering stack. It will offer you an ability to build stunning, customizable widgets. You will have the benefit of reactive use without a bridge.

As the Dart code enables JIT compilation, the Flutter serves excellent development experience with Hot reload. You will also get a fast, smooth, and predictable UI, as Dart code can compile AOT (Ahead-of-Time) to native machine code. You can deploy to multiple platforms with one codebase, and experience a really fun coding practice.

Is THC Oil legal: Debunking myths around THC and CBD

The Best Car Washes For Safe Cleaning Your Vehicle?

Qatar suffers a heavy loss because of the World Cup? It’s a financial announcement from the government’s Vn88cx
by Uneeb Khan November 27, 2022
How To Connect Your Wireless Printer To Wi
by Uneeb Khan May 14, 2022
What are the benefits of using a digital marketing service?
by Uneeb Khan May 17, 2022