Home » Why Won’t My Firestick Turn On? Here Are All the Possible Causes and Solutions!
Techonology

Why Won’t My Firestick Turn On? Here Are All the Possible Causes and Solutions! 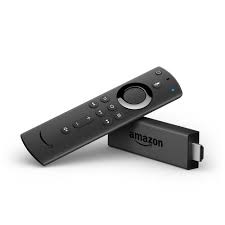 It should not come as a surprise to users of Fire Sticks when they have a problem in which their Fire Sticks will not switch on. Despite the fact that the streaming device is a fantastic addition to your home entertainment setup, there are a number of reasons why it may on occasion experience problems.

If your Amazon Fire Stick won’t switch on, you should first try to disconnect the device from the power supply and then re-plug it after waiting at least one minute. If this doesn’t work, you should contact Amazon for assistance. In the event that this does not help you turn on Fire TV, you should check to make sure that the HDMI source that you have selected on your TV is the proper one. The HDMI port that is currently attached to the Fire TV should be used.

Problems with the Fire Stick, such as it failing to power on, are more common than you may think. Quickly resolving this issue can be accomplished through the application of a number of different troubleshooting strategies.

Change the Batteries In The Fire TV Remote Control.

A problem with the Fire Stick remote caused by low battery power will cause the device to malfunction. If the battery levels on your Fire TV remote are low, it won’t matter how many times you click the buttons on the remote because it won’t do anything. Regrettably, some consumers don’t take into account this issue and incorrectly assume that their Fire Stick gadget has entered a condition where it will remain in sleep mode permanently.

You can solve the issue of your Fire TV not turning on by checking to see if the batteries in your TV remote have enough power in them. Immediately replace the batteries if the remote control does not start responding after you do so.

Please make use of the original power adapter.

Examine the HDMI source on the television.

There are instances when you are unable to power on your Firestick because you have neglected to check the HDMI source and select the appropriate source. This is one of the most fundamental factors that can play a role in this issue. You see, the remote control for your TV has a button labelled “source” that enables you to choose between the many HDMI ports and the devices that are connected to them.

You need to verify the input on your television and make sure that the HDMI port that is connected to your Fire Stick is the source that you have selected on your television (like HDMI 1 or HDMI 2). You may select the same source by looking at the back of your TV, locating the number of the HDMI port that is linked to the Fire TV, and then selecting it.

Using an HDMI Cable with a High-Speed Connection

Imagine that you are utilising a Fire TV Stick that supports 4K resolution, and that your television likewise supports the same resolution. In that situation, you need to make sure that you are connecting your devices using an HDMI cable that is compatible with your devices and is capable of transmitting high-resolution video quality.

In addition to this, you need to check that the HDMI cable is plugged into the HDMI HDCP 2.2 port located on your television. In most cases, the high-speed connectors will be labelled as 4K or HDCP 2.2. It is possible that you will need to illuminate the port in order to verify.

Pure Leaf kratom and its effects On Life

Stay Ahead of the Game: Why Tech Business...

Tips for Scanning & Digitizing Your Photos at...