Home » Angular Vs React: Which One is Better for Your Web Development Project?
Tech

Angular Vs React: Which One is Better for Your Web Development Project? 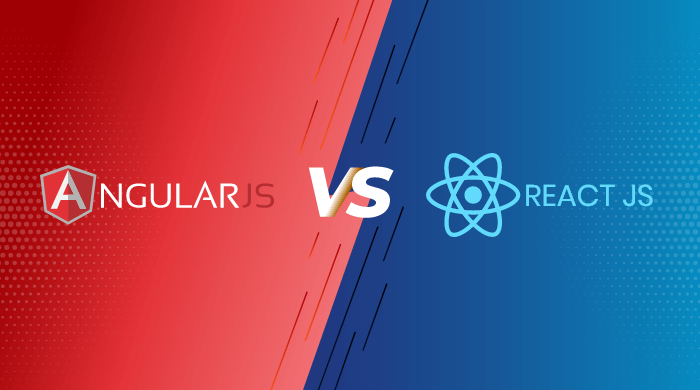 If you’re building a new web app, you might be wondering what Javascript framework to use: AngularJS or React? Both Angular and React are powerful frameworks, but if you’re not sure which one to use for your project, it might help to understand the difference between them. Here are some of the most important considerations when choosing between Angular vs React as your next web development framework.

The Angular framework was originally released in 2009 by Google. The primary goal of AngularJS is to enable development of large applications using JavaScript and HTML. It addresses many challenges encountered in developing single-page applications. AngularJS lets you extend HTML vocabulary for your application. The resulting environment is extraordinarily expressive, readable, and quick to develop. Angular’s data binding capabilities let you write code that describes how your application behaves rather than writing vast amounts of boilerplate code that connects events to handlers, and it all happens within the browser, making it a perfect fit for Single Page Applications (SPAs).

How does it differ from other JavaScript frameworks

These days, Angular and React are two of most popular JavaScript frameworks. As with any technological tool, each has its own strengths and weaknesses. Here’s how they compare. Angular focuses on providing a structure for building single-page applications that can be easily maintained by large teams. It uses HTML as a template language and extends HTML vocabulary for expressing application components clearly and succinctly. Angular relies on dependency injection to provide clear separation between components. This allows Angular to easily handle dynamic view creation, maintainability, testing, data binding, etc. It comes with built-in support for directives such as ngIf , ngFor , ngModel , etc.

How does it differ from ReactJS

The fundamental difference between Angular and ReactJS lies in their approach towards building user interfaces. Angular is a front-end framework based on HTML, CSS, and JavaScript, which allows us to develop single page applications that support client-side routing and communication with a web server. On the other hand, JSX is not used by Angular to create UIs as it preaches against mixing business logic with UI logic.

The pros and cons of using angularjs

Angular JS, or Angular as it’s known to its friends, is one of two biggies in front-end web development framework land—the other being React. It can be difficult to find reliable information about both of these popular frameworks. Here are some pros and cons of Angular JS that you might want to consider before deciding which framework suits your project best.

The pros and cons of using react js

Both Angular and React are powerful libraries which are popular among web developers. But when should you use one over another? Read on to find out. Plus, we’ll look at some of their key differences and features, helping you decide which tool is best for your next project.

The differences between the react library and react native

Although both react and react native have their own value, there are some clear differences between them that might help you decide which one to use. If you’re using Angular JS, you may want to consider both before starting your web development project.

Other points to consider while choosing between the two.

Aside from performance, there are a number of other factors that you should consider before choosing between Angular and React. Here’s what you need to know if you’re trying to decide which one to use on your next web development project.

Read More : How is Angular different than React?

How to get an auto loan?
by Uneeb Khan December 9, 2022
Alicia Keys Fallin: Abot the Most Popular Song
by Uneeb Khan September 12, 2022
MyAssignmenthelp Reviews vs Essayshark Reviews
by Uneeb Khan October 1, 2022