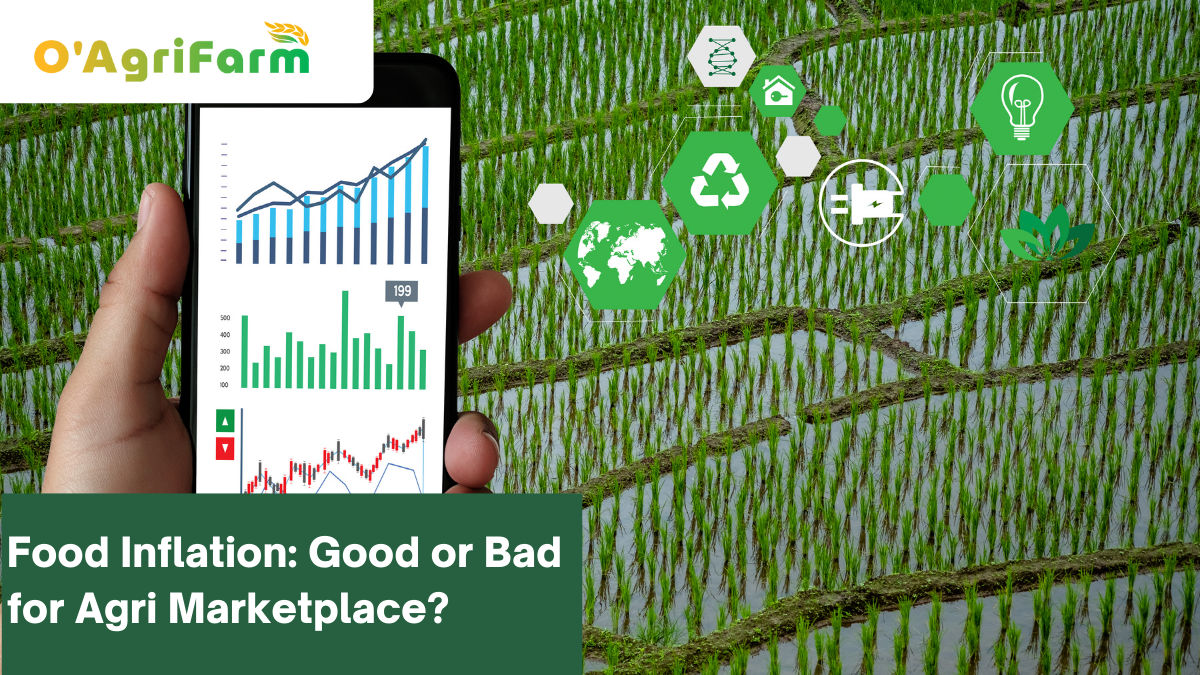 What are the issues surrounding food inflation?

The rising food inflation rate brings a series of pre-existing issues to the forefront.

Thus, we can see that food inflation actually points toward a much larger problem. There are several measures the government can take to solve the problem of food inflation at the root.

Research also shows that countries that are self-sufficient in their food production will experience a lower food inflation rate. Take France as an example- France only needs to import some types of vegetables and fruits. Their food inflation rate stands at only 3.2% per annum.

In contrast, Greece has a food inflation rate of 8.1%. They are still recovering from the dual blow of Greece’s economic crash and the pandemic. They naturally have to import more essential Agri produce than other EU countries which contributes to the high food inflation rate.
Also Read:- Sales Bills Discounting: Things to check while applying for it

Is the Food inflation bad or good for the Agri Marketplace?

As food inflation rises higher, it is important for the buyers and suppliers of agricultural produce to work hand in hand. Inflation happens in all sectors of the economy, what is important is our capacity to adapt to these changes.

With every type of transaction in the world shifting to e-platforms, the Agri marketplace could no longer be left behind.

Food inflation has brought with it the capacity for institutional buyers to grossly underprice produce and harm farmers. On the flip side, the farmers can also unfairly overvalue their produce. Using an online Agri marketplace, prices can be shown from the very beginning, and the forces of market demand will drive transactions.

O’AgriFarm is one such Agri Marketplace. Its focus is on making it easier to connect buyers to suppliers in the marketplace with the highest level of transparency.

Sales Bills Discounting: Things to check while applying for it