Pollution, Allergies, and Their Management Option by Top Pharma Companies in Pakistan 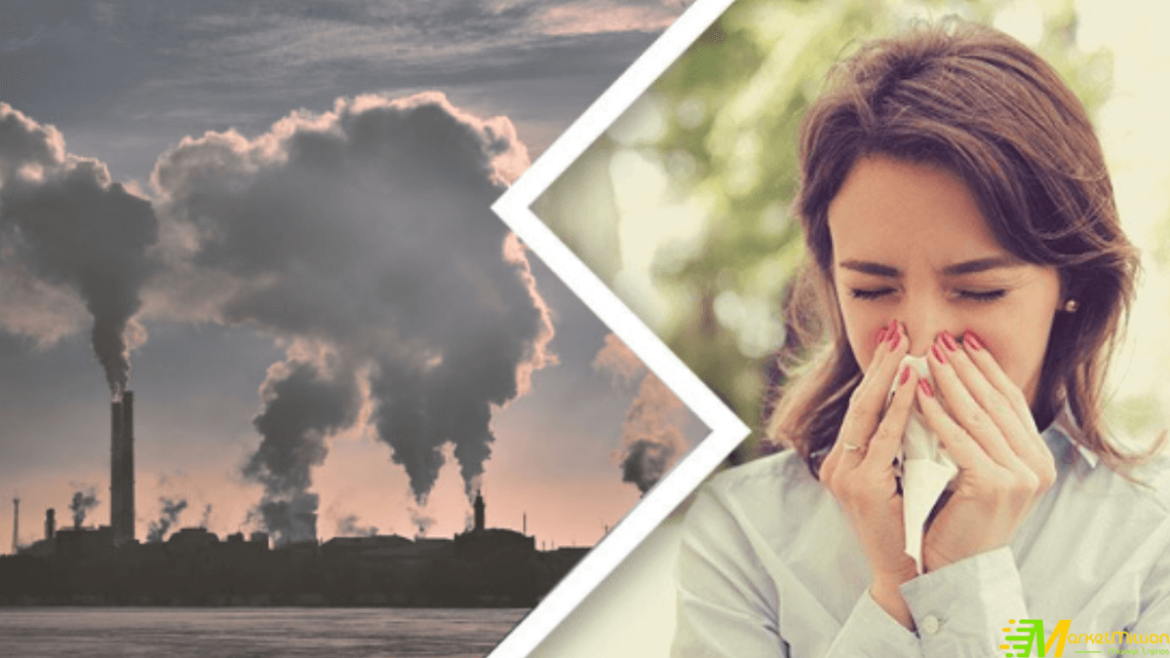 You have certainly heard or read about the global population reduction of various species, the dramatic changes in weather patterns, the melting of the ice caps, and the rising sea levels. Although you might believe that these occurrences don’t directly affect you, the truth is that they are all warning signals of a coming climate disaster and present a serious threat to the entire world. As a result, Pakistan must confront and resolve several major environmental challenges as soon as possible, just like the rest of the globe.

Numerous programmes have indeed been launched by the national, provincial, and other entities to address Pakistan’s environmental issues. But there is still a lot more work to be done if we want our children and grandchildren to live in a world with at least breathing air, potable water, bearable weather, and edible produce.

Let’s examine some of Pakistan’s most pressing environmental problems in greater detail and steps taken by top pharmaceutical companies in Pakistan to overcome them:

Cutting down forests has a significant impact on the ecology, as well as damaging the natural beauty of the area and innumerable species’ habitats. Pakistan has a high rate of deforestation, which is regrettable given that more and more rural areas are becoming urban centers. In addition, many people depend on wood from trees to build their homes or keep them warm throughout the winter due to a lack of resources and poverty, also due to quite expensive basic necessities such as gas, electricity, etc.

However, it is indisputable that deforestation threatens our environment and can lead to a wide range of allergies or diseases.

You would probably agree that Pakistan is experiencing an air pollution crisis if you had to endure the winter smog in Lahore and other major cities.

When there are hazardous gasses present in the air as well as toxic solid and liquid particles, this is referred to as air pollution. The primary source of this kind of pollution is the combustion of fossil fuels for electricity production, bricks & other construction material production and transportation. Leading contributors to Pakistan’s air pollution are industries in industrial regions and the black smoke you see spewing out of cars on the highway.

In other regions of the country, the problem has also been made worse by a lack of precipitation and weak winds.

Poor sewage systems, the discharge of chemical waste from industry into the water channels, and a rise in the trash, particularly plastic, are possible causes of water pollution. Apart from the spread of waterborne infections and diseases, water contamination is damaging our crops and soil because Pakistan is an agricultural nation with a dry environment. This is also one of the key causes why a significant portion of the population lacks access to clean drinking water.

In conclusion, water contamination is seen as a serious threat to public health and economy in Pakistan.

Land pollution is a significant environmental problem in Pakistan, as it is in the majority of developing nations. Since we lack a reliable garbage disposal system, the majority of it is either burned, which pollutes the air, or dumped on undeveloped land, which erodes the soil and increases the cost of living by cutting off low cost daily commodities supplies to nearby urban areas. Additionally, the remaining waste is just dumped on vacant lots, harming the ecology and causing land contamination.

Among the main sources of land pollution in Pakistan are urbanization and the use of hazardous chemicals and pesticides.

The allergies caused by pollution and their solutions

Following are some of the most common allergies caused by pollution.

Health professionals and pharma companies in Pakistan have expressed concern over the unusually high number of patients that they are seeing these days suffering from allergies, if untreated leading to upper and lower respiratory tract infections. They believe that the main causes of these conditions were high levels of pollution in the city and shifting weather patterns, particularly abnormal & lengthy dry spells.

In addition to the elderly and children, patients with chronic asthma or those at risk for developing it were the worst sufferers because these environmental factors made their diseases worse.

Also the wave of COVID has aggravated the situation further.

When an overly sensitive immune system recognises allergens including pollen, dust mites, mold spores, animal dander, leftovers of fossil base combustion fuels, etc it reacts negatively by releasing histamine. This condition is known as allergic rhinitis. Numerous unpleasant symptoms, such as congestion, irritation, itching, and red eyes, and asthma-like conditions may occur from this.

As it is previously indicated, there are a few different triggers for allergic rhinitis, thus whether or not pollution will worsen your symptoms depends on your trigger. It’s unlikely that pollution will exacerbate symptoms if other factors, such as dust mites, animal dander, and mould spores, are the cause. This is because these objects are located indoors, where the influence of the outside environment on the onset of symptoms is less significant.

In contrast, since pollen is typically found outside, those with allergic rhinitis may discover that pollution makes their condition worse.

Small gas particles, such as nitrogen, sulfur dioxide, and carbon monoxide, are released into the atmosphere as a result of air pollution. We are aware that these gasses are harmful to breathe in, but they can also cause damage to the contact surface such as face, nostrils, air passages, etc initiating the inflammatory process, if remained unchecked leading to allergic conditions of particular organs.

Debris and dust, which are the physical manifestations of pollution, are terrible news for skin that is clear. Your pores may become clogged when this grime touches your face, which can result in acne.

Furthermore, pollution damages your skin by producing free radicals, which can hasten the aging process. If you want to maintain youthful, smooth skin, it’s terrible news all around.

Don Valley Pharmaceuticals (Pvt) Ltd., Pakistan top Medicine Company is producing Resotin Tablet. One of the basic medications to treat allergies. Resotin contains Loratadine, which is an antihistamine medication that helps with the symptoms of allergies. It is used to treat: hay fever, conjunctivitis and other symptoms related to it such as watery eyes, runny nose, sneezing, allergic cough, etc. Resotin by Don Valley Pharma enjoys the confidence of local & global customers for the last 25 years.

Don Valley Pharma supplies Virtec to leading Govt. Institutions, local markets and global customers since long due to its established efficacy and economy.

Haiskast contains Montelukast, a relatively newer molecule for allergy management. This drug works by blocking certain natural substances (leukotrienes) that may cause or worsen asthma and allergies. It helps make breathing easier by reducing swelling (inflammation) in the airways.

Montelukast is used to control and prevent symptoms caused by asthma (such as wheezing and shortness of breath). It is also used before exercise to prevent breathing problems during exercise (bronchospasm). This medication can help decrease the number of times you need to use your quick relief inhaler. Montelukast is also used to relieve symptoms of hay fever and allergic rhinitis (such as sneezing, stuffy/runny/itchy nose).

The Ultimate Guide To Finding The Right Bed For You

What to Expect While Hiring Local Mover in Surrey

Sex Toys – I wonder Concerning Them

Matchmaking is certainly one the most used internet...