Home » Remote-controlled car – how do the models differ?
Automotive

Remote-controlled car – how do the models differ? 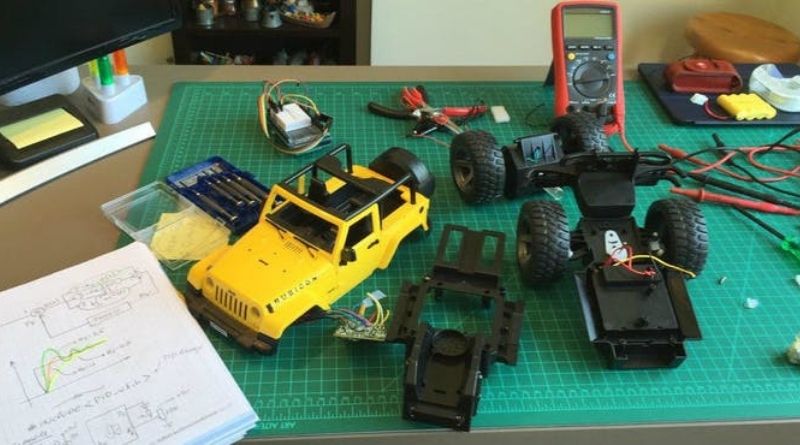 A remote-controlled car is great fun – not only for the children but also for the young at heart parents. But when can you give away the cars without hesitation and what types are there at all? We explain this and other points to you in the following article.

At what age is a remote-controlled car suitable?

First of all, there are different models that are provided with an age recommendation by the manufacturer.

Often there are already remote-controlled cars for children up to 3 years.android controlled cars but often at this age, fine motor skills are not yet pronounced enough to be able to operate the cars properly. This quickly deprives the little ones of the desire and joy of playing.

For children between 3 and 6 years of age, very simple and stable cars are best suited, which can easily withstand even a wild game. This is also important so that nothing can tear or splinter that could injure the child. Such cars, therefore, have no sharp edges or swallowable small parts.

In addition, the operation must be very simple so that the child can play with the car very intuitively. Few and clear buttons that can be easily pressed or rotated are important. In addition, the vehicle must not drive too fast so that it does not drive away from the child and so that it is easier to steer.

Children between the ages of 6 and 10 already have sufficiently good motor skills and spatial perception to be able to operate and steer fast cars well. For this target group, cars that can also be used outdoors, are weatherproof and suitable for off-road use. For this age group, there are already simple kits with which the children can assemble their own car. Best supported by the parents. In this way, technical understanding can be awakened in a playful way.

In the next age group of 10 to 14 years, there are already more complex cars that are also a good 40 km / h fast. Even the kits are a bigger challenge, but they also have a great learning effect. The cars are now not only faster, but can also drive further, as the radius of the remote control is larger and the battery of these cars usually lasts longer.

For children aged 14 and over, vehicles for adults, hobbyists, and collectors are also easy to use. The kits are even more extensive and the technology is more sophisticated. As a result, there is also more choice of different vehicles.

What types of remote-controlled cars are there?

There are different types of remote-controlled cars, which is suitable for different age groups depending on the operation and size. The most popular is the radio-controlled car, which is modeled after real vehicles and is easily controllable via a 2-channel remote control. The children enjoy the rally models or buggies the most, as they are more stable and also work on uneven ground (carpet) or outdoors.

Basically, you will find at least four types or types of remote-controlled cars that differ from each other in appearance and function:

The buggy is particularly robust and ideal for outdoor play due to its large tires. They are usually not modeled after a specific car brand, but spring from the imagination of the manufacturer.

In addition, there are monster trucks that are well modeled after their real models. Emphasis is placed on the particularly large dimensions as well as the very large wheels and shock absorbers. These monster trucks can also be used outdoors.

Chic and popular are also the racing cars, which look particularly sporty and are often modeled after real cars.

Last but not least,best off road rc cars are special stunt vehicles that have very special driving characteristics and can roll over without being damaged. In addition, they can also perform a rotation of 360 degrees.

How does a remote-controlled car differ from other models?

If you are looking for a suitable car for your children or even for yourself, then you should pay attention to the recommended age and the special characteristics of the respective model.

General points according to which the individual vehicles differ are:

Intended use (roadworthy or off-road, can only be used in the children’s room, possibly even in the water if it is an amphibious vehicle).

Quality of the individual parts and whether the car is available as a kit or complete vehicle. The risk of injury is also an important point.

The battery performance and thus also the service life of the toy.

The transmission range of the radio remote control.

The maximum speed to be achieved. For small children, 5 to 10 km/h is sufficient, many cars can easily reach 20 km/h, and racing cars even manage 50 km/h.

Conclusion: A remote-controlled car can be more than a children’s toy

Remote-controlled cars are fun at any age. For those interested in technology, even the assembly can be a great challenge, in which the child can learn a lot. In addition, they can also be an interesting hobby. Because there are model-building clubs that also carry out model car races. The vehicles can therefore not only be played alone but also in groups or as a hobby.

Look At These Points To Identify Dirty Transmission...

Getting The Best Town Car Services Is Suitable...

Why Regularly Checking Your Truck Is Crucial For...

Significance of locksmith’s guidance about locks

How do locksmiths work for the security of...

Use Car Interior Cleaning Services For The Best...

Ways To Get A Fantastic Look By Using...

Car Rental Services For Weddings, Photoshoots, And All...

How do headliner installation services protect you from...

Here’s Your Guide to Learn about What Makes...